Among the most beautiful garden in the world, The Majorelle Garden in Marrakech is one of the most visited places in Morocco. It took forty years to the French painter Jacques Majorelle (1886-1962) to create, with passion, this enchanting place, today in the heart of the red city.

In its shady paths, one wanders among exotic trees and plants whose origin makes one dream, one runs along paths of water with the refreshing murmur and basins full of water lilies and lotus; You can hear in the air with fragrances sweet here and there the rustle of leaves and the chirping of the many birds come to shelter there, one stops there, at the turn of a path, in front of a building with Moorish charm or Art Deco style, surprisingly painted of very bright primary colors dominated by the intense blue seen in the Atlas by the artist. It is calmed and bewitched by the harmony of this luxuriant and living picture where the senses are delicately solicited to offer a magical walk outside the lively city yet so close in the enclosure protected by the high walls of earth, time. 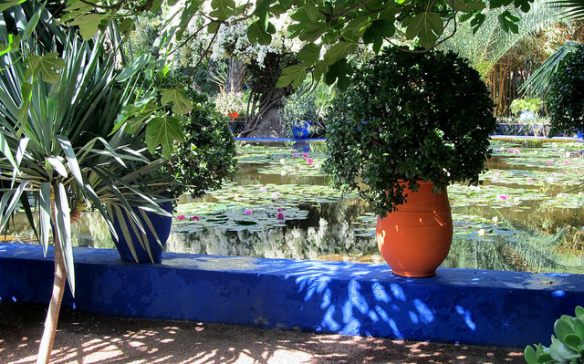 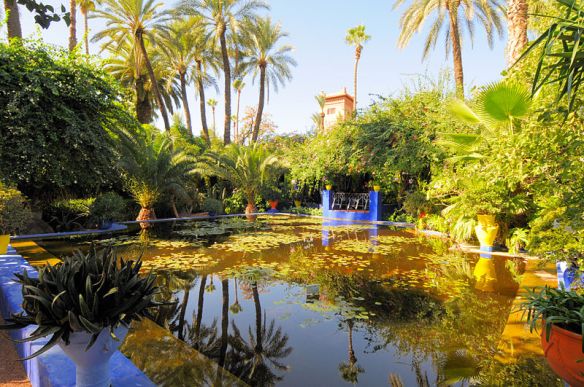 Jacques Majorelle was born in Nancy in 1886; He is the son of the famous cabinetmaker Louis Majorelle, co-founder of the school of Nancy with Émile Gallé. He thus grew up in a beautiful artistic universe.
After three years of architectural studies, according to his father’s wish, he decided to devote his life to his first passion, painting. In 1917, after being demobilized for health reasons, he arrived in Morocco. It flees quickly the wet climate of Casablanca and goes to discover Marrakech. 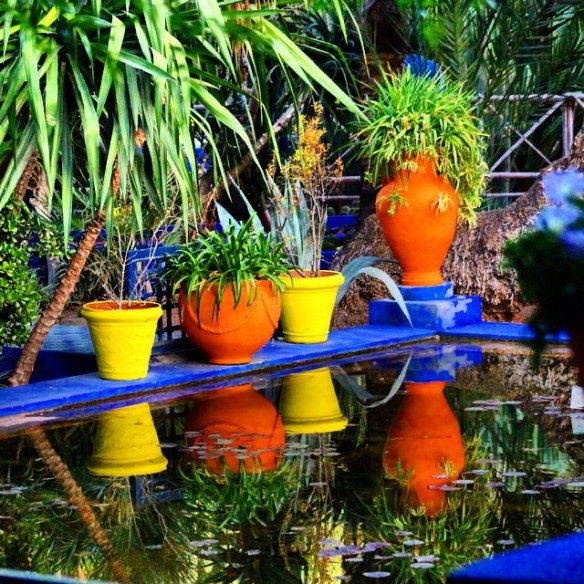 In 1923, Jacques Majorelle bought a land of about 1.6 hectares, located on the edge of the palm grove of Marrakech. The place is planted in part with poplars that reveal the presence of water and will suggest to the artist the name of his new property, Bou Saf Saf.
Before extending his estate, up to nearly 4 hectares, buying other plots, he built a house in the sober style Moorish, then workshops housed in another building in Berber style with its high tower in pisé , The Borj. At the same time as his painting, he embarked on decorative art, making pieces of craftsmanship, fine leather goods or carpentry and painted wooden furniture.
Around his home, Jacques Majorelle, passionate about botany, will create a lush garden that will be his most striking painting.
He was also the victim of a serious car accident in 1955; The numerous operations and the amputation of his left leg will aggravate his financial situation to the point of compelling him, in 1961, to yield his share of the garden and the villa-workshop. After a second accident a few months later, Jacques Majorelle was evacuated to France, where he died in Paris in October 1962, without having seen Marrakech again. It rests in Nancy

Source and for more information: http://www.jardinmajorelle.com/