The National Museum of China

The National Museum of China was established in February 2003 under the auspices of the Ministry of Culture by merging the Museum of Chinese History and the Chinese Revolution Museum, and resulted in a vast museum of both art and history as well as collection, research, archeology and cultural exchange.

Extract from the official website of National Museum of China, Beijing 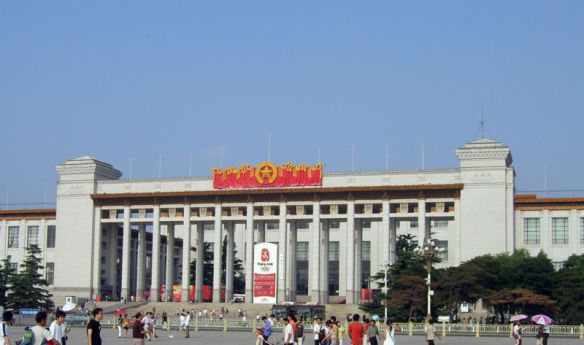 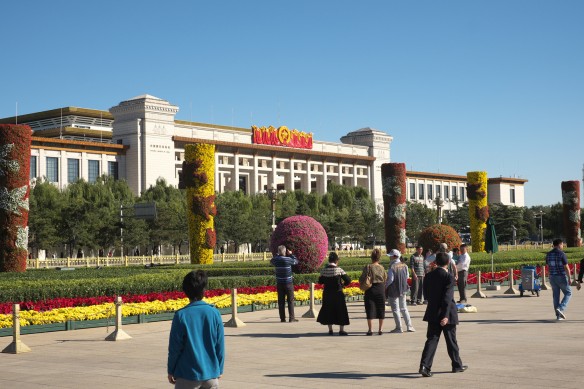 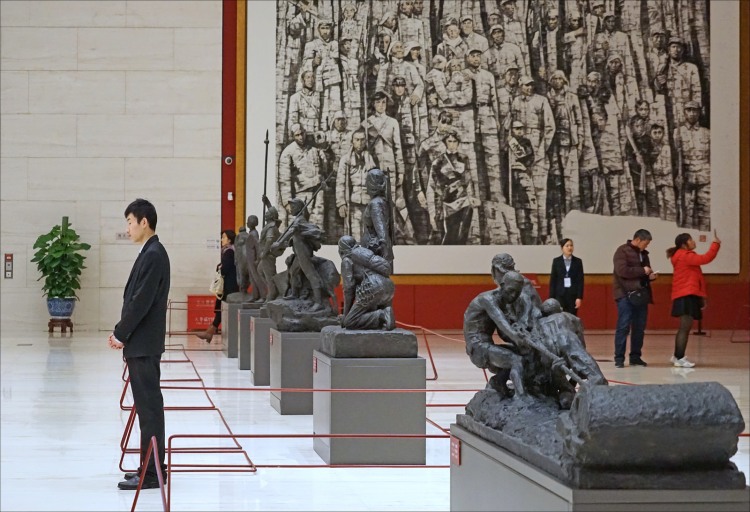 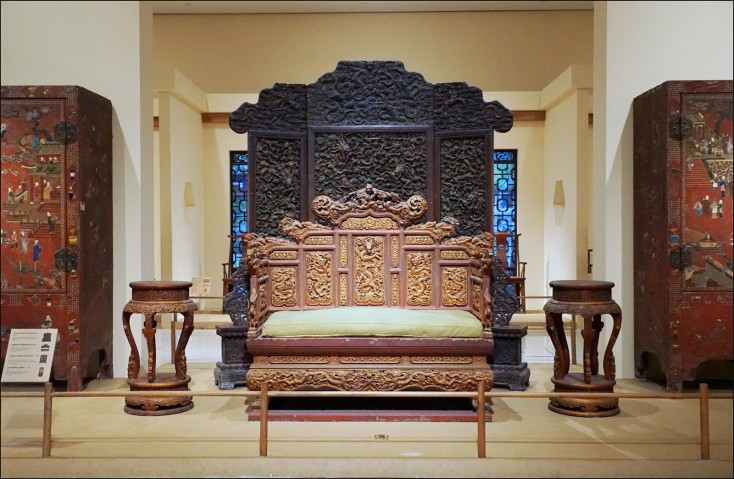 Different imperial furniture from the Ming and Qing dynasties 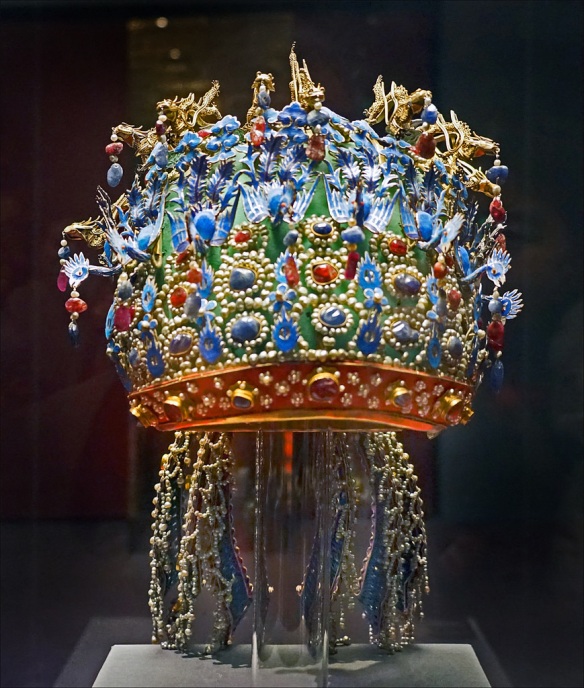 Phoenix Crown of the Dowager Empress Xiaoduan
Ming Dynasty, Wanli period (1573-1620)
discovered in the Dingling Mausoleum, Beijing, 1957
Permanent Collections of the National Museum
The crown, which is one of the finest pieces of jewelery in the museum, is composed of lacquered bamboo stems covered with silk. It is decorated with 9 dragons and 9 gold phoenixes, about 100 rubies and 5,000 pearls. 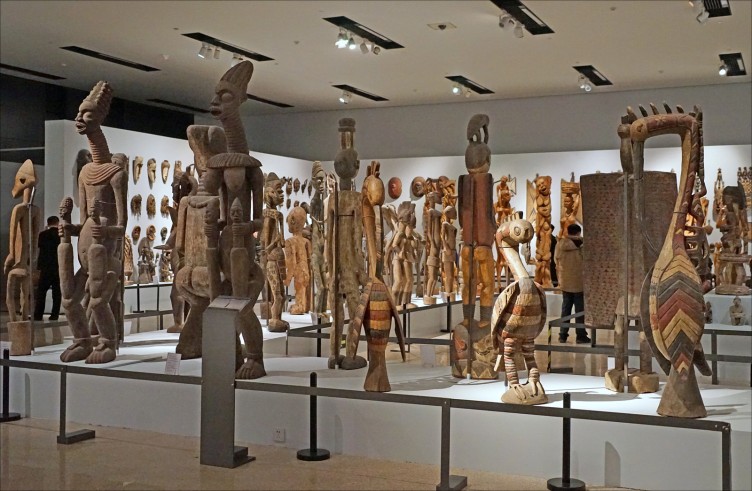 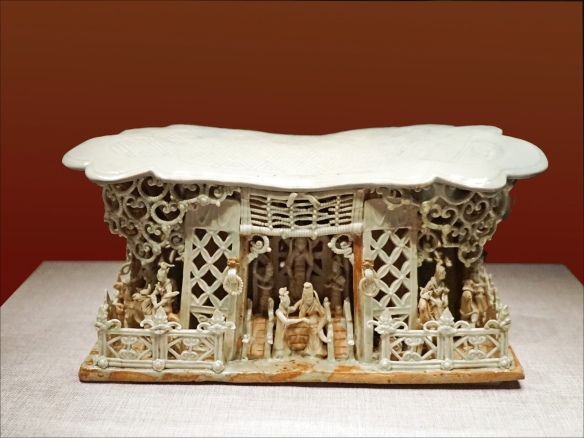 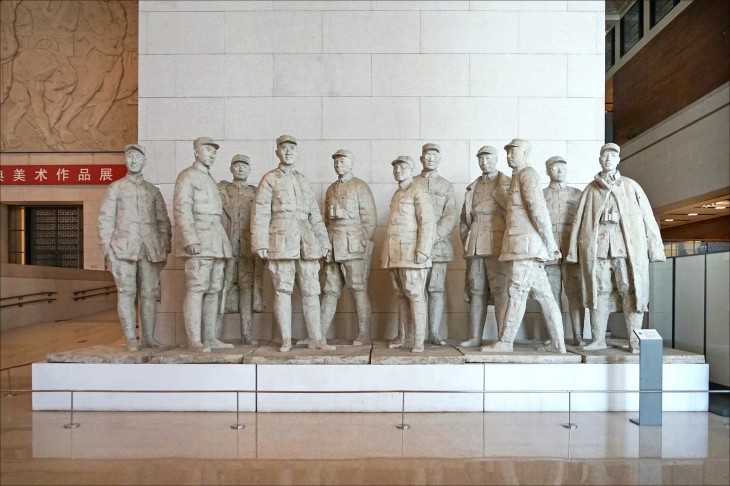 Generals of the Revolutionary Liberation Army
Tribute to the generals of the 8th Road Army, led by Zhu De, during the Sino-Japanese War in 1941 in the Taihang Mountains 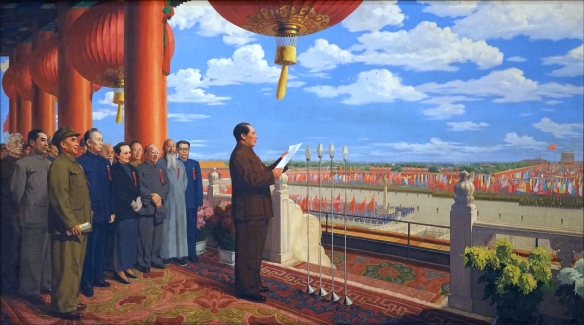 The painting replaces the founding ceremony of the People’s Republic of China, by Mao Zedong on October 1, 1949, in Tian’anmen Square, in a festive Chinese New Year’s metaphorical space with traditional bright colors of folk art.
The painting was modified several times as a result of purges at the top of the Communist Party and rehabilitations. 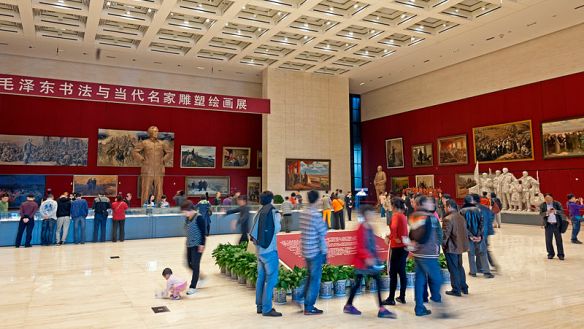 Statues and paintings of Mao Zedong in an exhibit at the National Museum of China commemorating the 120th anniversary of his birth. 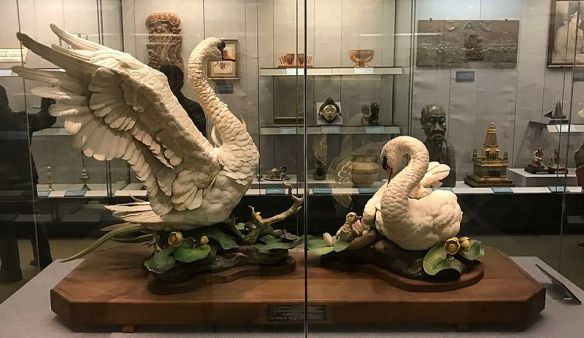 The Bird of Peace taken at the National Museum of China, State Gifts Exhibit. 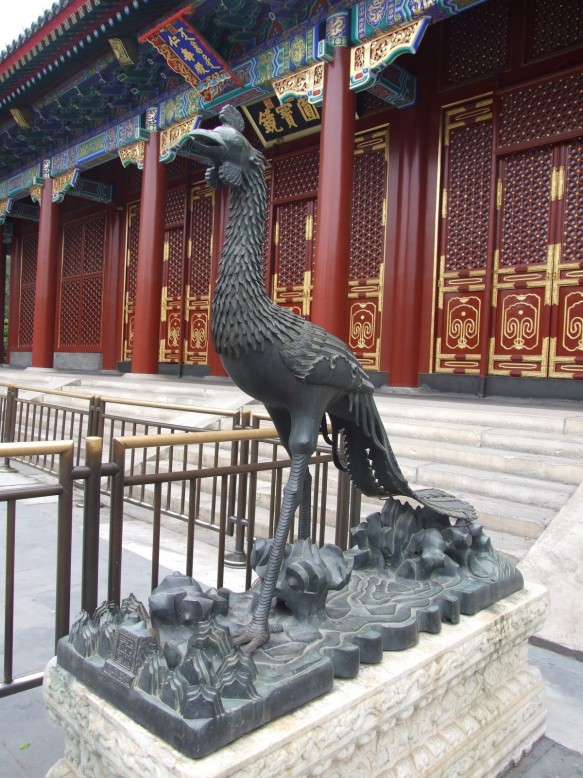 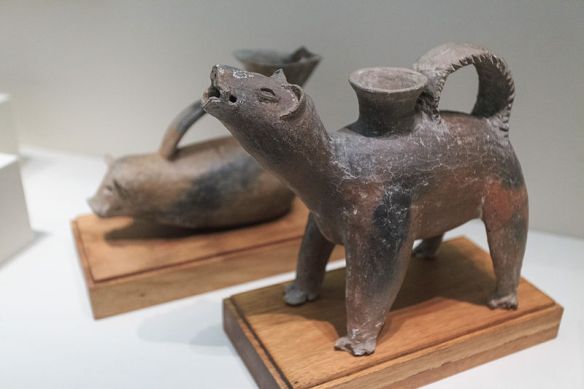 Pig-shaped pottery and dog Tao Xing, Dawenkou culture (about 4200 BC before 2500), in 1974 the Shandong Sanxian Sanxian unearthed