You know this place: MACAU ?

In December 20, 2018, the people of Macau (or Macao) celebrate the 19th anniversary of the return to their motherland (China); And 31th anniversary of the treaty of this return.
I congratulate the Macao people and the entire Chinese people, and I invite my friends and readers to discover this city / region that keeps the Chinese culture and the Portuguese language; And also keeps its special system, different from the rest of China, in politics and economics.

the evolution of Macau, and its gains of territories on the sea, since the arrival of the Portuguese between 1554 and 1557, until 2004. 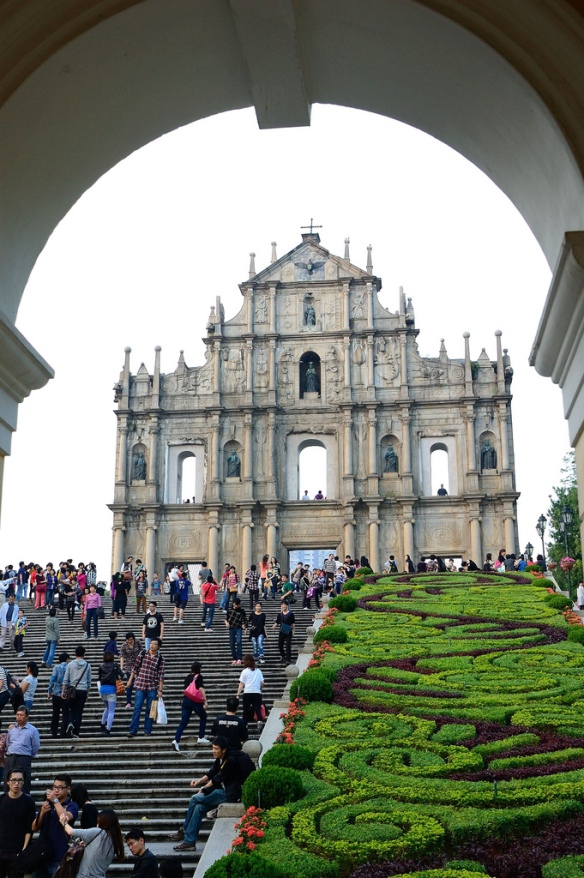 Ceiling of the entrance way at the Macau Venetian

The Sands Macau is an ensemble consisting of a hotel and a casino. Directed by Steelman Partners, it belongs to the group Las Vegas Sands. In addition to the casino, the building includes 51 hotel suites. This low number of suites reflects the fact that the casino is primarily aimed at a clientele from China spend a day at the casino. 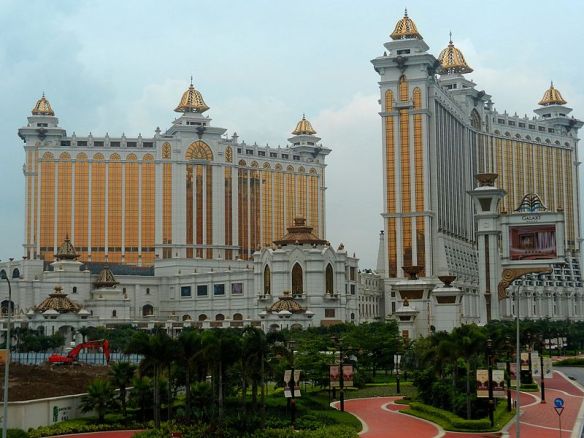 The Galaxy Macao is a set of 2 buildings built in 2011. This complex includes a casino, many shops (luxury in particular) and several hotels with 2,200 rooms in total.

Macau has been a Special Administrative Region (SAR) of the People’s Republic of China since 20 December 1999. Macao was previously colonized and administered by Portugal for more than 400 years.

The creation of this administration dates back to the middle of the 16th century, when Macau was colonized and gradually occupied by the Portuguese. They quickly brought prosperity to the area, making it a major city and an important intermediary in trade between China, Europe and Japan, reaching its peak in the late 16th century and early Seventeenth century. . In 1987, after intense negotiations between Portugal and China, the two countries agreed that Macau would return to Chinese sovereignty on December 20, 1999. Today, Macao is experiencing rapid economic growth, based on the strong development of tourism and gambling. Casino turnover is four times higher than in Las Vegas, making Macau one of the richest cities in the world. Orson Welles has called it « the most perverted city in the world » and the poet W. H. Auden « city of indulgence« .
Macau is made up of the Macau Peninsula and two islands, Taipa and Coloane, which are linked together by land gained from the sea (the Cotai Isthmus), totaling an area of 30.3 km2, with a population of 650 834 inhabitants in 2016.
Macau is a small, very open and liberal market economy, with free movement of capital, the result of its long history as a free port. The official currency used in Macao is Pataca, which is linked to the Hong Kong dollar. Macau has been part of the World Trade Organization since 1 January 1995.
Macau‘s economy is largely based on the tertiary sector, particularly in games of chance and chance, with several large casinos located in very luxurious hotels and surrounded by shops specializing in mortgages, thus bringing together three very lucrative activities related to each other, and tourism.
In 2006, the World Tourism Organization ranked Macau as the world’s 21st largest tourist destination and the 24th largest tourist destination.