THE BEAUTY OF OUR PLANET IS ATTACKED I offer my condolences to all Americans ,Frenchmen and the Caribbean, during the hurricane catastrophes (especially Harvey and Irma). I post these few photos to draw attention to the enormous human and material … Lire la suite →

Temperatures Saturday 6 January 2017 In France: In Italy: In Poland: In Swiss: In Bulgaria: Source: Pinterest.com

In the winter season, the beauty of the snow is is attractive. This beauty of the « cold », needs a great professional photographer, to create photographic works. This is what my dear friend PAUL MILITARU does, that greeting and I thank. … Lire la suite →

If you are planning to fly to Singapore, you can be sure that the attractions of the trip will start before you even leave the airport bound for your hotel. All because Changi Airport Singapore, the city airport, has been … Lire la suite →

The abstract is the main artistic tendency in the painting of the twentieth century.It can be traced back to around In 1907, with the work of Wilhelm Worringer, titled: Abstraktion und Einfühlung (Abstraction and empathy). The great painters, founders of … Lire la suite →

With a wave of heat on the Barossa Valley (Australia), pollution on Paris, Tropical depression on Madagascar, the storm of snow on Haiti, The storm with strong swell on Phuket (Thailand), Belgium that will be hit a day or The other by a super-storm, …. and the inhabitants of the atoll of Bikini, in the Pacific, who claimed the climate asylum in the United States: Let us talk a little about the climate which changes catastrophically….

The Entertainment Patrol (and general musings)

I read a very interesting article this evening from the Guardianthat underlined the very real and very frightening reality that there are still many people whom haven’t come to grips with or who still refuse to acknowledge that climate change is a realand hugely problematic thing.

Some of them follow the Donald Trump argument that goes along the lines of it being something developed by China to prevent the United States from competing with them in the global market. Others will claim that it is all part of a « natural » cycle that would happen regardless of what we did. There are also those that say they don’t believe in climate change, not because they have studied the facts or that they have any real interest in climate change but because they have some deluded idea that it is the cool and heroic thing to do; that by doing…

My dear readers.
I present you beautiful images of Nara Park in Japan during the autumn season 2016.
Thank you: wakasa15thfd :

Nara Park (奈良 公園 Nara Kōen?) Is a public park in the city of Nara in Japan, located at the foot of Mount Wakakusa, founded in 1880 and administered by the Nara prefecture. The park is one of the picturesque places of beauty. More than 1,200 wild sika deer ((シ カ?) Or (鹿?) Shika) wandering freely in the park, are classified as « natural treasure ». Although the official park area is about 502 ha. 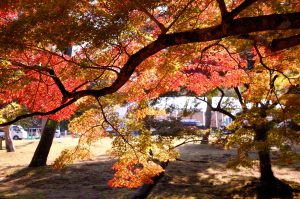 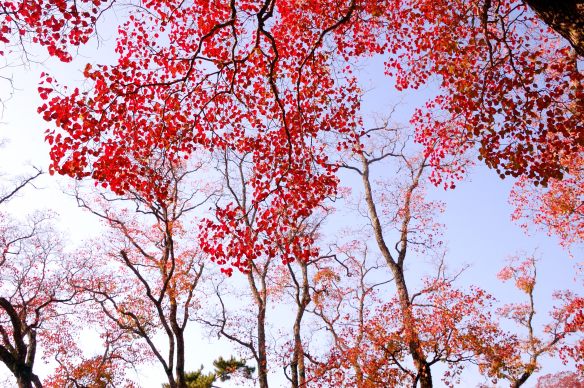 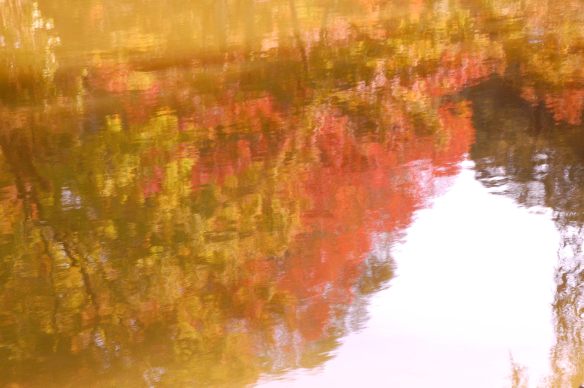 Dear readers.
I present you an interesting article for the future of all humanity.
Thank you « nuage1962 »
(I try to translate it to English)

It’s a real waste that we do with the planet Earth. We are destroying habitats without realizing the long-term consequences of biodiversity
Nuage

The elephant population in Africa fell by 111,000 people since 2006 and stays around 415 000 head, according to the most recent data. PHOTO: REUTERS / Thomas Mukoya

Birds, fish, mammals, reptiles … Their population in the world collapsed by 58% from 1970 to 2012, warns the World Wide Fund for Nature (WWF). And this decline will continue if we do nothing, said the organization in its Living Planet Report 2016.

« What biodiversity continues its fall, and the natural world as we know it today will collapse in one piece, » warns Marco Lambertini, Director General of WWF International.

Concerned about falling wildlife populations, he believes it could increase to 67% within four years.

The situation is particularly worrying that threat in the wake of human life.
When the living disappears, it’s natural capital disappears. And if this natural capital is destroyed, we destroy our ability to live on the planet in the long term. Pascal Canfin, Director General of WWF France.

No fewer than 14,152 people belonging to 3706 vertebrate species were used to measure this development, with the help of the Zoological Society of London.

The numbers on the side of freshwater animals collapse with an average of 81% during 42 years observed. Overuse, sometimes involuntary, and habitat loss are behind this plague. Although the fall is less important at sea, overfishing endangers third of the species of sharks and rays. Terrestrial populations for their part tumbled 38%.

agricultural, forestry, mining extractions, urbanization: Human activities are often behind the deterioration of the habitat, the biggest threat to wild species.
For now, climate change have an impact « relatively marginal […] because it is only in one degree of warming, » compared to the preindustrial era, said Pascal Canfin.

If the climate continues to warm and brings its share of extreme weather events, the effects will be devastating for both humans and species and their habitats, warn researchers.

The climate conference in Marrakech, Morocco, is an opportunity for the international community to fulfill the promises made at the Paris conference last year, in particular to contain global warming to below 2 ° C.

Of the more difficult promises that humanity draws the equivalent of 1.6 times the planet’s resources and its population is increasing. If it goes from 7.4 to 9.7 billion in 2050 according to the same scenario, then we will need two planets.
« The consequences of human pressure on the environment is becoming better known and observed, » says the WWF, so that « there was no rational economic reaction. »

I like the music of Bob Dylan and I value his artistry as American singer .But I am against the award of the Nobel Prize for Literature to Bob Dylan: In music (if the prize is music) there are dozens … Lire la suite →

My dear readers:
I present a park full of masterpieces of artistic beauty of mini architecture.
Thank you my friend MARKO

IN THE PARK MINIATURE SACRAL in Olszowa is fifteen thumbnails of the most beautiful basilicas and cathedrals Catholic. These are important for our region sacred objects, precious monuments and places of pilgrimage in Poland and in the world. Unlike other parks, our miniatures are made only at a 1:25 scale, and the largest miniature has a height of almost 5 meters.

IN THE PARK MINIATURE SACRAL in Olszowa is fifteen thumbnails of the most beautiful basilicas and cathedrals Catholic. These are important for our region sacred objects, precious monuments and places of pilgrimage in Poland and in the world. Unlike other parks, our miniatures are made only at a 1:25 scale, and the largest miniature has a height of almost 5 meters. 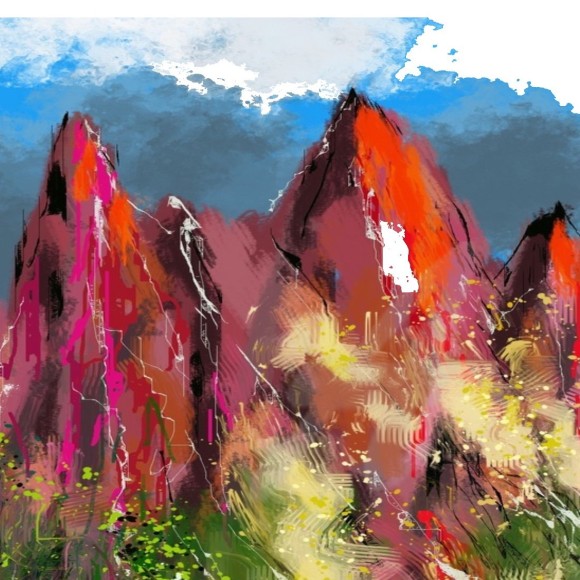